The sound of a Harley is something special. As far as climate change is concerned, we all have to move with the times. That’s why the Milwaukee Easy Rider brand launched its new „Live Wire“ motorcycle without an internal combustion engine. However, the passion for riding will never end.

Lady Volcano aka Sonia Asmahan always had a weakness for motorcycles! In her 3rd rock music album „Riding Fever“ she sings about her impressions and experiences with bikers and Harley-Davidson motorcycle enthousiasts . 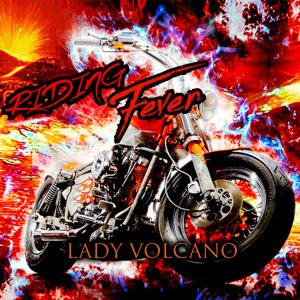 „I proudly announce the release of our rock music album „Riding Fever“! After listening to the exciting sound of a Harley on my first trip to the United States, I wrote my first song „It’s music to my ears“. One year later, I went back and spent a week at the „Daytona Bike Week“. More songs like „You’ve got the lingo“ , „Chopper Dave“ and „Let’s go for a ride“ followed. After my first visit to the European Bikeweek „I wrote the song „I carry an eagle on my heart“ . The song „Riding Fever“ tells the story about my experiences at the „Eurofestival“ in France.

After a ride on a Boss Hoss motorcycle at the Mountain Roadeo I wrote the lyrics of „Boss Hoss Rider“. My friend Michel Dagois wrote the song „La Bande du Chopper Noir“, where he tells the story of the „Black Chopper Band“ in Paris in the Seventies.“