New Release: Video Production for the World Cup in Qatar 2022.

The German artist Lady Volcano realized a video for the World Cup 2022 in Qatar. The artist speaks Arabic and therefore she not only sings in English, but also in Arabic. Due to her knowledge about the Arab world and thanks to the composer Roman Voronenko, songwriter Ingo Clemenz, Arefyev Studio, Storytellers Production and Wir Schneiden Gold, she has managed to create a music video to bring football enthusiasts around the world closer to Arab culture and hospitality. She herself lived in Egypt, Saudi Arabia and Tunisia for 7 years.

Qatar has invested more than 200 billion dollars in the project  and over 420 million Arabic-speaking peoples live in the 22 countries of the Arab world. Their dialects are different, but what unites them is their passion for football. The World Cup is intended to set the stage for the Arab world and draw attention to its cultural wealth.
Many Arab regions have been in a phase of great suffering for years. In Syria, in Palestine and Iraq there are millions of young people looking for hope. Football can give them a sense of belonging.  Through the 2022 World Cup, they will tell their stories to a larger audience. 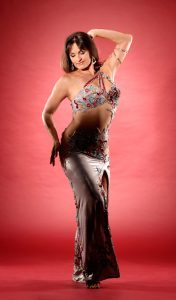 ing artist has worked in Egypt for many years and has long-standing ties to Egypt. Due to her role in the popular Egyptian TV series „Sonbol“, her face is known throughout the Mena region. In her role, she played the film daughter of Lotfi Damanhouri, played by Gamil Ratib, who already starred in the legendary film „Lawrence of Arabia“ with Omar Sherif.  The artist has her own label and a small music publish company.

Teaser of „Welcome to Qatar“ by Lady Volcano

Welcome to Qatar by Lady Volcano